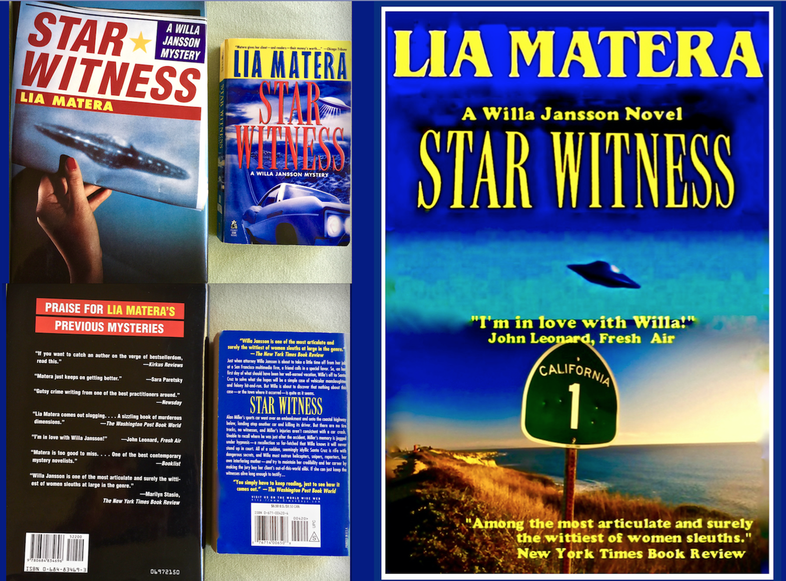 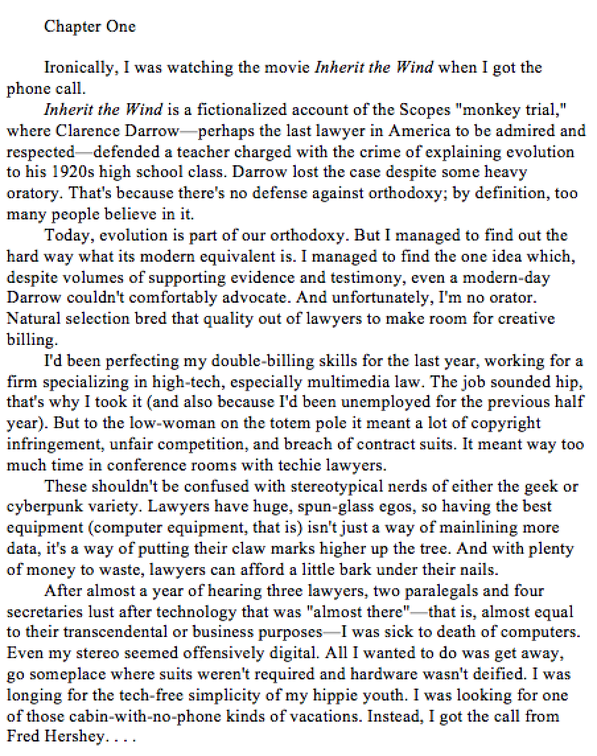 Star Witness is now available in the Kindle, Nook, and iTunes ebookstores. It is the sixth adventure of attorney Willa Jansson.

Willa is about to take a well-earned vacation from her job at a San Francisco multimedia law firm when a friend calls in a favor. So, on what should have been her first day on a Mexican beach, Willa is off to Santa Cruz, California. She hopes a few days work will wrap up what she's told is a simple case of vehicular manslaughter and felony hit-and-run.

But there's nothing simple about her new client's bizarre situation. Alan Miller's sports car supposedly went over an embankment onto the coastal highway below, landing atop another car and killing its driver. So why are there are no tire tracks on the field above, and why aren't Miller's injuries consistent with a car crash?

Miller can't remember the accident, or where he was at the time. But when a hypnotist unlocks his memories, even Miller refuses to believe them.

Willa's simple favor turns into a nightmare of repressed secrets, black helicopters, UFO specialists, and mocking reporters. With the spotlight on her, she has to walk a fine line between offering no evidence and offering testimony guaranteed to make her a laughingstock and cost her a very good job.

"In this sixth legal thriller featuring the wry, no-nonsense attorney-sleuth Willa Jansson, Matera has researched UFOlogy with the same care and lack of judgmentalism she brought to the subject of shamanism in her previous book, Last Chants, and to pornography in Face Value. In fact, one needn't believe in aliens or flying saucers to admire Matera's gift for weaving her by-now incredible knowledge of the field (a bibliography lists 30 books and 46 videos) into a tight, alien-dunit mystery."
San Francisco Chronicle

"'I had worked long and hard to be the least weird person of my acquaintance,' says Willa Jansson,the San Francisco lawyer whose efforts to distance herself from her hippie parents' flaky political causes always deliver a laugh in Lia Matera's snappy mysteries. Willa compromises all that hard-won respectability in Star Witness (Simon & Schuster) when she takes on a vehicular manslaughter case in Santa Cruz for a client whose alibi is that he couldn't have squashed this guy's Buick with his Fiat because he was up in a spaceship being poked by aliens... Intelligent and open-minded, just the way we like her, she considers the possibility that there might be something to her client's tale after all. But in the end she settles for a deeper truth--'No alien being could be as frightening as someone truly crazy who truly loves you'--and leaves the rest of us to look up at the stars and wonder."
New York Times Book Review

"Santa Cruz writer Lia Matera's latest mystery is a hoot. It will drive the Pentagon non-UFO believers crazy and probably end up being the inspiration for an 'X-Files' episode... This fast-moving tale is peppered with eccentric characters, snappy dialogue and a creative plot. Perfect fare for a trip to the beach."
San Francisco Examiner

"Matera has done her alien abduction homework, attested to by a lengthy bibliography, and, given the premise of the story, has managed to write a courtroom drama about the nature of circumstantial evidence and reasonable doubt that you simply have to keep reading, just to see how it comes out."
Washington Post

"Santa Cruz writer Lia Matera has proved more than once that she is the master when it comes to dabbling in Northern California flakiness for her mystery plots. This time she focuses on alien abduction... Matera cleverly walks the line here between milking the material for humor and taking it all too seriously... [Fans] can't fail to be entertained..."
San Jose Mercury News

"Matera has done her homework and gives her client--and readers--their money's worth in a case filled with crop circles, black helicopters and bright lights from the sky."
Chicago Tribune

"In the wackiest of a lively series…plucky San Franciso lawyer Willa Jansson defends a man who says he was in a spaceship when his car fell on top of a Buick, killing the driver... Matera is skilled at creating singularly offbeat characters and hurling then into multilayered plots that play out on the fringes of popular culture."
Publishers Weekly