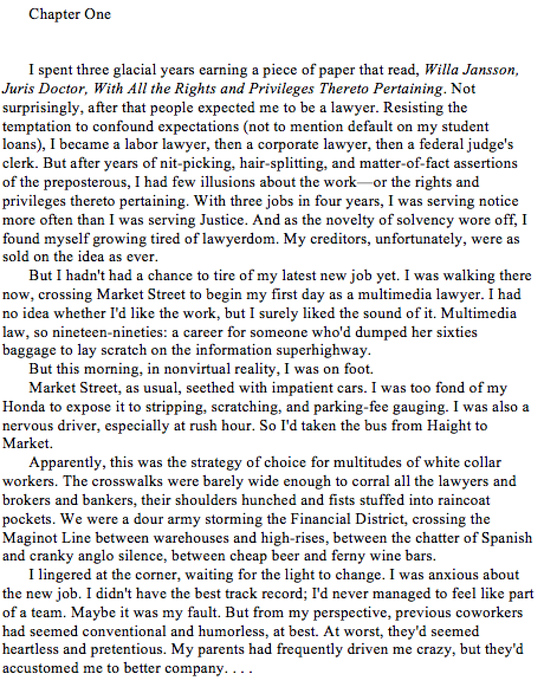 "In Last Chants, Lia Matera's sharp-witted sleuth leaps impulsively to the defense of Arthur Kenna, an eccentric mythologist suspected of having done away with his assistant, an Indian shaman who was programming a computer in the mystic arts... Ms. Matera gives a fair hearing to her characters' unorthodox beliefs... and it's a treat to watch the normally level-headed Willa crawling around in the woods."
New York Times Book Review

"It's an intriguing plot, well developed with interesting characters in a picturesque location."
The Washington Times

"Matera's skills make an accomplished, compelling mystery of material that could have been a lightweight, New Age yarn."
Publishers Weekly

"The real pleasure is Willa, who alternates between humor and annoyance at her predicament--and whose love-hate relationship with men strikes a chord with many female fans."
Entertainment Weekly

"Lia Matera is one of the most literate mystery writers working today. Last Chants is a deeply realized journey of self-discovery as well as a cleverly turned mystery... [A] lovely book, written with a grace that is rarely found in the genre. It's a joy to tag along with Willa on her voyage into self-awareness. What comes next
will be a wonder to us all."
Mostly Murder

"What a delicious smorgasbord this book is. Lots of dishes, plenty of substance. Matera mixes so much so well, you read quickly and feel nearly as breathless as Willa must. Each character is unique, full of those idiosyncrasies that make characters so likable... [Willa's] witty and bright and never afraid to be critical of herself... In addition to the wonderful characters, sharp dialog, and snappy plot is an underlying idea about the soul, and its power to keep technology in its place."
The Drood Review of Mystery

"As in The Maltese Falcon, a constant stream of loony byplay keeps you from doping out whodunit--unless you call on your own online shaman."
Kirkus Reviews

"Readers will find Last Chants an unexpected gift that will stay with them for a long time after they finish reading it. Talented Lia Matera places this tale on two planes of existence, the mortal and the supernatural, that somehow the readers accept quite easily. This is a highly recommended read for those who prefer the unique in their reading experiences."
Ed's Internet Book Reviews