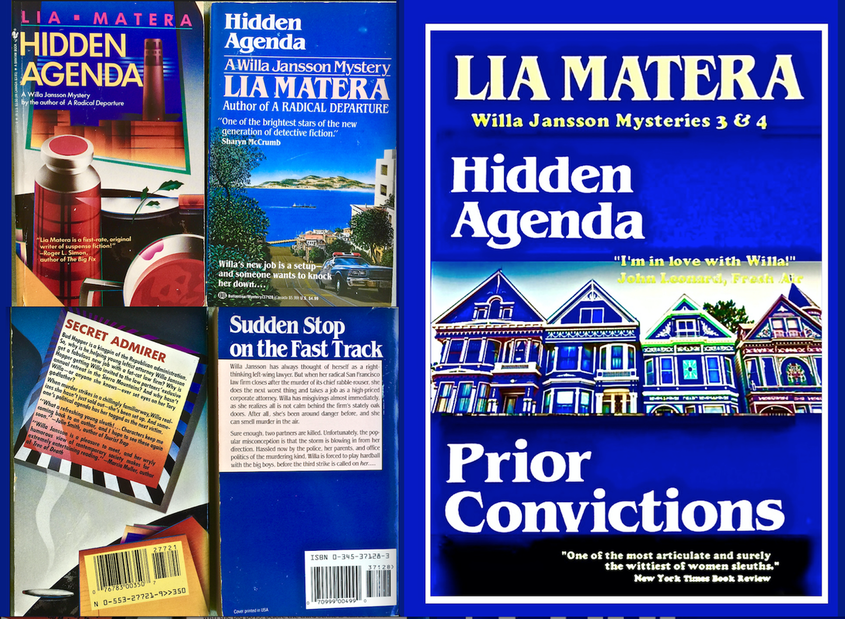 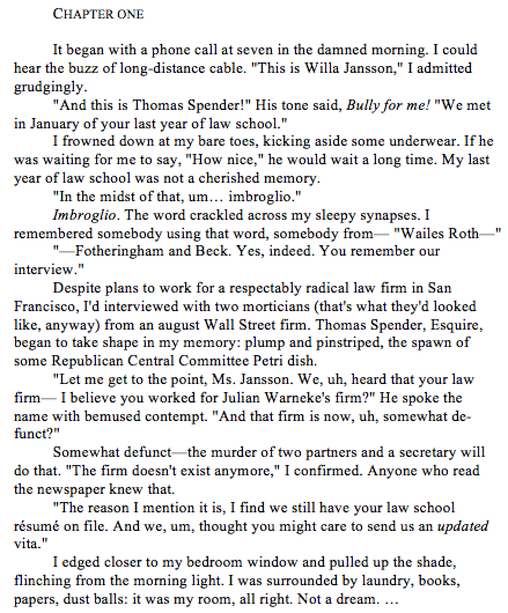 Hidden Agenda is now available in Kindle, Nook, and iTunes bookstores in a new omnibus edition with the next novel in the Willa Jansson series, Prior Convictions. Hidden Agenda is the third adventure of attorney Willa Jansson, praised by Newsday as "an unusually deep and complex character for crime fiction—tough-minded, sexual, vulnerable, lonely, morally alive."

Who is Bud Hopper? That's the question troubling Willa (Where Lawyers Fear to Tread, A Radical Departure) when a mysterious Republican starts pulling strings on her behalf. First he gets her hired by a staunchly conservative law firm. How in the world did he convince the partners there to hire a graduate of "Merely Malhousie" Law School? And how did he persuade them to ignore her last job, with notorious San Francisco liberals? Not to mention the small matter of her involvement in some murders and a scandal involving most-wanted radicals.

Soon the elusive Bud Hopper strikes again, getting Willa invited to a weekend retreat with her new firm's top partners and clients. When her new boss is murdered there in exactly the same way as her last, it's clear to Willa that Hopper is out to frame her. But who'll take her word over that of a friend of the President of the United States?