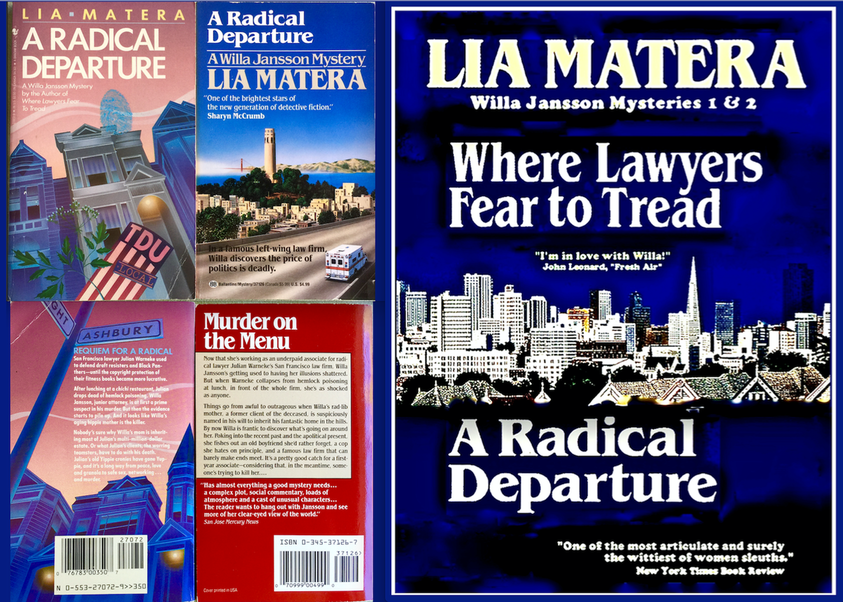 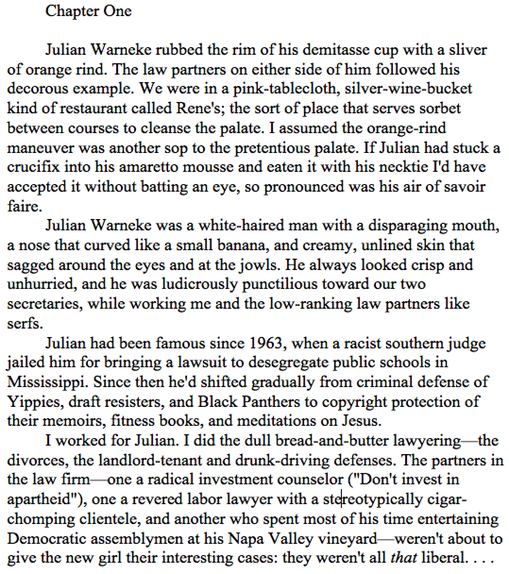 A Radical Departure is now available in Kindle, Nook, and iTunes ebookstores in an omnibus edition with Where Lawyers Fear To Tread. The second novel in the Willa Jansson series, it was nominated for the mystery genre's two top prizes, the Edgar Allan Poe Award and the Anthony Award.

Willa Jansson has graduated from law school and taken the job of her left-wing dreams. She is working for the renowned firm of an old family friend, famous activist Julian Warneke.

Julian once defended Willa after a protest march got her arrested and hauled off to jail. The charge should have disappeared after a quick plea deal. But thanks to Julian's grandstanding, Willa spent two traumatic months behind bars. Now that she works for Julian, he's pushing her into a similar show trial… and never mind the client's best interests or Willa's best judgment.

When Julian is murdered at a pricey working lunch, Willa finds that the police haven't forgotten her. It's been two years since the so-called "law school murders," but a certain Homicide Lieutenant is still in the habit of suspecting her.

A Who's Who of radicals flock to San Francisco to pay their respects to the grand old man of progressive politics. Is one of them Julian's former law partner, pushed into hiding fifteen years ago? According to a celebrated documentary, someone framed him for the crime that made him FBI's most wanted. And if he's out for revenge, there's more than one way to force a person underground.


"Almost everything a good mystery needs... a complex plot, social commentary, loads of atmosphere and a cast of unusual characters... The reader wants to hang out with Jansson and see more of her clear-eyed view of the world."
San Jose Mercury News

"Lia Matera is a skeptic. But Lia Matera is funny, too, and that's what sets her apart. The result is like Matera herself, quick-witted and entertaining and deceptively cynical. Matera's protagonists are bracingly real."
San Francisco Examiner

"Funny, clear-eyed and strong."
Robert B. Parker, author of the Spenser novels